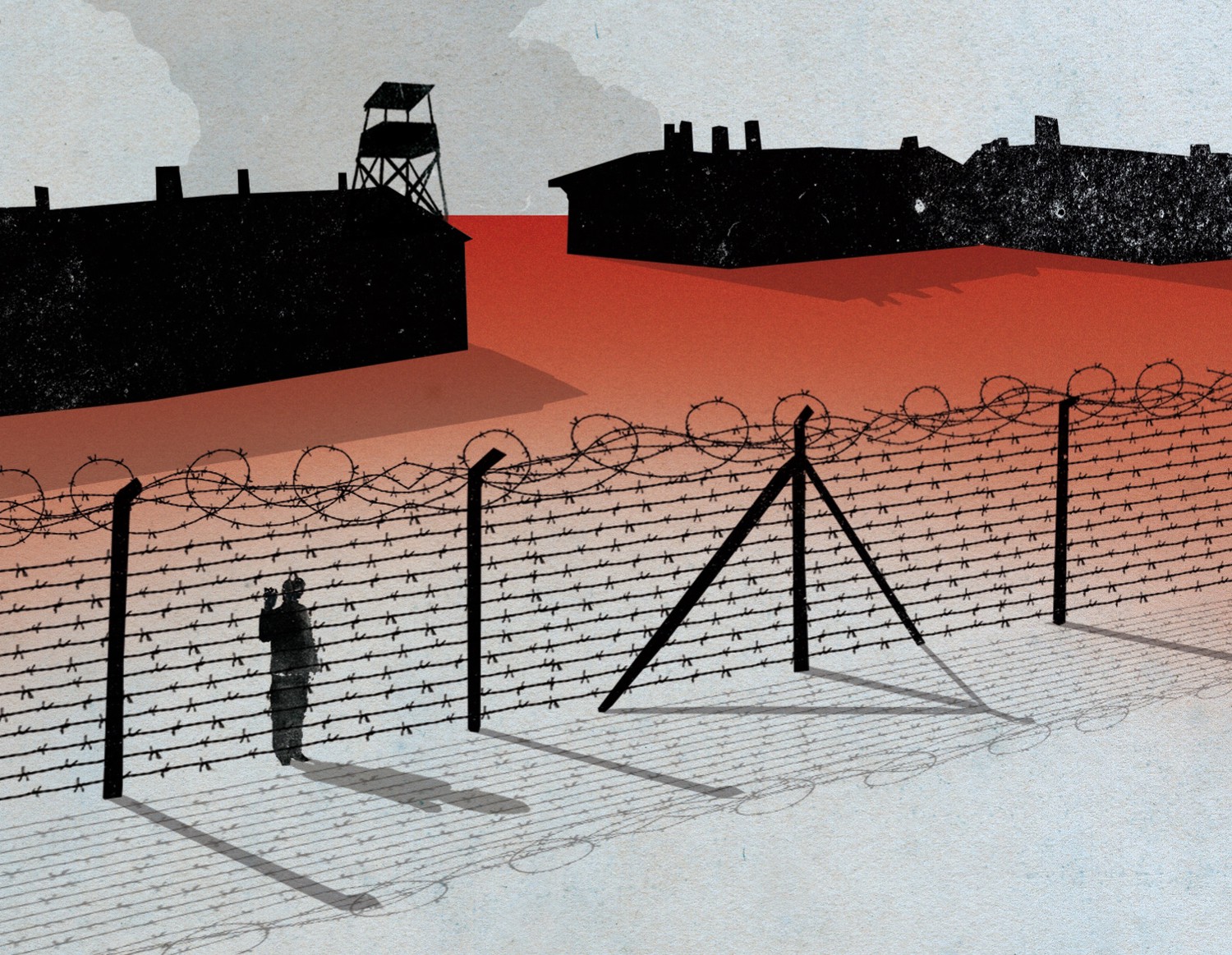 If I had to choose one word to describe the entire book, it would be the word “loss.” The entire book is a story of loss: the loss of his family, the loss of his God, and the loss of humanity. The novel explored the concept of loss and how it seemed to mean less and less to Eliezer as the bitter reality of the Holocaust wore at him. The most striking example of this is in how he essentially ended up renouncing his religion as a result of the hardships he had to endure. Weisel tried to keep his faith to the best of his ability until he was forced to face the horrors of the Holocaust. But as the hardships grew and more died, Weisel was forced to wonder “where his God was,” even at points feeling enraged that his God would allow this to happen. In a cruel, twisted way, the Nazis ended up killing the Jew; Wiesel himself was not dead, but the believer within was. What kind of God would let this happen to his own followers? Where was the God that brought Moses and his people to safety? Non-existent. One of the best quotes that demonstrates this is his description of the first night in the camp “which murdered my God and my soul and turned my dreams to dust.”

The Nazi’s through their own lack of humanity, brought upon the Jewish people their own loss of humanity. By the end, Weisel who spent the entire book caring for his father, feels almost a sense of relief that his father was gone. When a fellow prisoner says to him about his father, “you are only hurting yourself. In fact you should be getting his rations,” Weisel believes it.

On this note, one of the most striking things that hit me about the book was that the notion that a pre-determined hatred of a people by all of Europe is what fueled the immorality and total disregard for humanity. However, throughout his memoir, Weisel makes an effort to shine the humanity though the inhumanity of the world. Some of the people whom Wiesel encountered such as many of the Kapos and others like German Jews only pretended to share Hitler’s view to save the lives of their own. The dissolvement of many of the morals held by the Jews themselves can be attributed to one cause, the most primitive and animalistic cause that everyone has, to survive, and if that means the death of others, than so be it. This is the cause of boys killing their fathers, not hatred but rather necessity. This is by far my most memorable scene of the entire book, when the father manages to get a piece of bread, but the son, instead of sharing with his father, kills him to get at the bread, only to be killed by two other men seconds later for the same piece of bread. “When they withdrew, next to me were two corpses, side by side, the father and the son. I was fifteen years old.”

The one thing that disturbs me greatly about the book is the seemingly misinformation that Wiesel writes. To me, there seems to be a few factual errors in the book. For example, if according to the knowledge of the Nazis, he was supposed to be 18 when he entered the camps, not 15, why at Buchenwald was he put in the Children’s Barrack? He should have been 19 by then. The most disturbing piece of error in the life of Weisel was that it the 1980s he claimed to be in the famous Buchenwald photograph that was taken 5 days after the liberation. However according to Wiesel, he was in the hospital 3 days after liberation and stayed there for two full months. Now I do not mean to discredit Wiesel and call him a liar, however, I feel that detail were lost and things may have been exaggerated especially in the efforts to win him the Nobel Peace Prize in 1983 (perhaps the reason he claimed to be in the picture). Due to lost records of the time, the true events may never be known, but the reality is that whether or not Wiesel’s story is completely real or not, it still serves us a testament to horrors of one of the worst crimes in human history and a constant reminder that a people, we cannot let such monstrosities occur again.

Hitchhiker’s Guide to the Galaxy