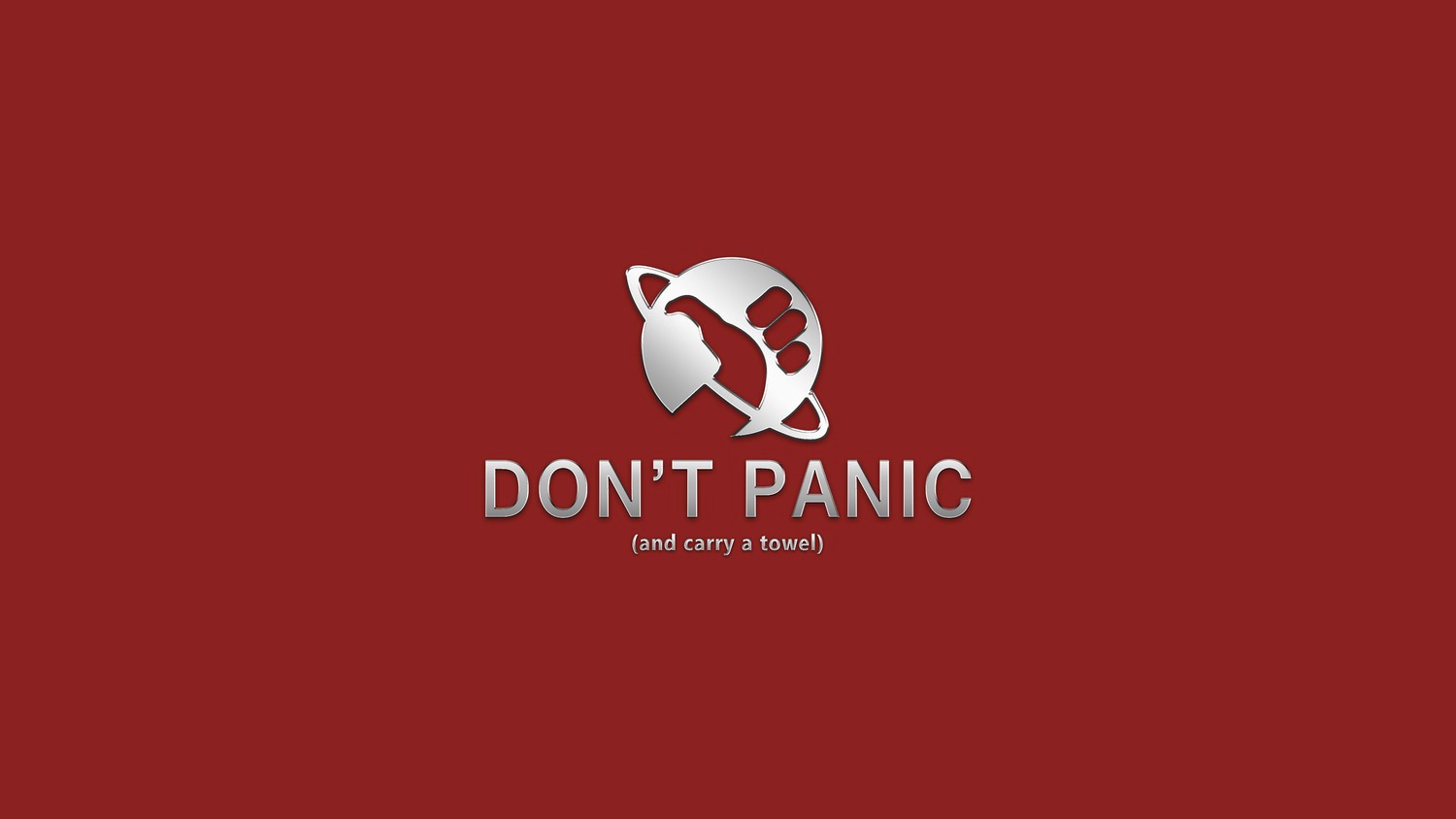 Hitchhiker’s Guide to the Galaxy

The Hitchhiker’s Guide to the Galaxy and it’s two direct sequels, The Restaurant at the End of the Universe and Life, The Universe, and Everything are the first three books in Douglas Adam’s Hitchhiker’s Guide series, and adaptation of his radio series of the same name. After reading these two books, I can say that these are the two funniest books I have read in a long time, even slightly surpassing my reading of Alice in Wonderland *last month. I would recommend the books to anyone looking for a good laugh for a couple hours, especially if they enjoy such books as *Alice in Wonderland. LikeAlice in Wonderland, the books are “nonsense-novels” created purely for the humour and enjoyment of the reader but still may contain some deeper meaning. However, Adams manages to employ many more forms of humour in his works than Carroll does in his.

Like Alice in Wonderland, the book uses the humourous aspect of randomness to make the reader laugh. An example of this is the situation with the rats. As it turns out, humans are not the dominant species on Earth, but rather third. In fact the dominant species are the rats! The funniest example however by far was when Arthur Dent, the main character randomly makes a Sperm Whale and a Bowl of Petunias appear in the middle of space.

“Curiously enough, the only thing that went through the mind of the bowl of petunias as it fell was Oh no, not again. Many people have speculated that if we knew exactly why the bowl of petunias had thought that we would know a lot more about the nature of the Universe than we do now.”

Another example, and probably the most well known, is the grand conclusion to the Answer to Life, The Universe, and Everything is not some great saying or deep and philosophical advice. No, rather it is simply 42. 42. This randomness provides quick laughs throughout the book that keep it constantly entertaining.

Although the book is riddled with random humour, the funniest parts consist of the other two types of humour. The first is irony. Some of the funniest parts of the book are simply due to irony of its situations. For example, after finding out that the answer to Life, The Universe and Everything is 42, a group of super-intelligent beings design the earth to explain that answer. The Earth is designed to run a 10-million year long program to find the answer, but exactly 5 minutes before the successful completion of the program, the Earth is destroyed by an alien race called the Vogons who think it’s in the way of the intergalactic hyperpass highway they wish to build. The irony of the situation is absolutely hilarious. Another example of the irony at work is Dent’s enemy Agrajag. Agrajag is a being who keeps getting killed unknowingly by Arthur Dent and then gets reincarnated, just to be killed by Arthur again. In one of the situations, Arthur is hunting a boar for food which turns out later to have been one of Agrajag’s reincarnations. Then as Arthur is cooking the boar, he sees a fly and swats it with the pig’s skin. As it turns out that fly was a reincarnated version of Agrajag which was born once the pig was killed.

Finally, the last type of humour that Adams employs has no real category other than being “intelligent humour.” Instead of being random or ironic, this humour uses proper logic in unconventional ways that makes it funny. An example of such is Arthur Dent’s flying lessons. Unable to grasp flying easily, he figures that since he is quite good as missing targets and quite good at falling, he will just fall and miss the ground, which ends up allowing him to fly. Another example of the “intelligent humour” are the impossible inventions that Adams imagines up. While there are many great examples such as the Bistromathic Drive and the Happy Vertical People Transporter, my two personal favourites are the Infinite Improbability Drive and the Total Perspective Vortex. The first is a teleportation system that employs quantum theory to teleport. It is based on the idea that while a particle is most likely to be in the nuclei of an atom (where it is supposed to be), there still must be a miniscule chance that it can be anywhere. Therefore, if you are able to manipulate that probability you, can make the odds greater that the particles are elsewhere, and make them teleport! The Total Perspective Vortex is a system to kill enemies in which you give the victim a simulated view of the universe in its entirety which is infinite therefore forcing the victim to fathom the proportionality of themselves and realize that they are so infinitely insignificant that they cease to exist. All these “intelligent humours” are all based on (somewhat) sound logic but spun in such an absurd way that they are funny!

Although the books comes off at face value as a set of total nonsense, like Alice in Wonderland, upon closer inspection, the novels actually do contain some deeper themes. An easily seen example of this is the direct connection between the conflict regarding supernova bombs in the book and nuclear bombs in our own real world. All of the things said about supernova bombs in the book such as how any planet that creates them is crazy as it will destroy them as well applies directly to our world with nuclear weapons and countries. Another example is the Vogon’s destruction of the Earth due to the wanting to create a hyperspace highways. This could be seen as a reference to the metaphorical destruction of the Earth, which is really the environment, through unnecessary human activities represented by the creation of yet another hyperspace highway.

These books are perfect for anyone looking to find read something funny but doesn’t want “stupid humour” like fart jokes and such, but rather well-thought-out and well-crafted humour that will actually make you laugh. Adams manages to use enough types of humour to appeal to all audiences and even manages to sneak a couple of deeper themes into the mix. The definitely deserve 5 out of 5 stars in my book.