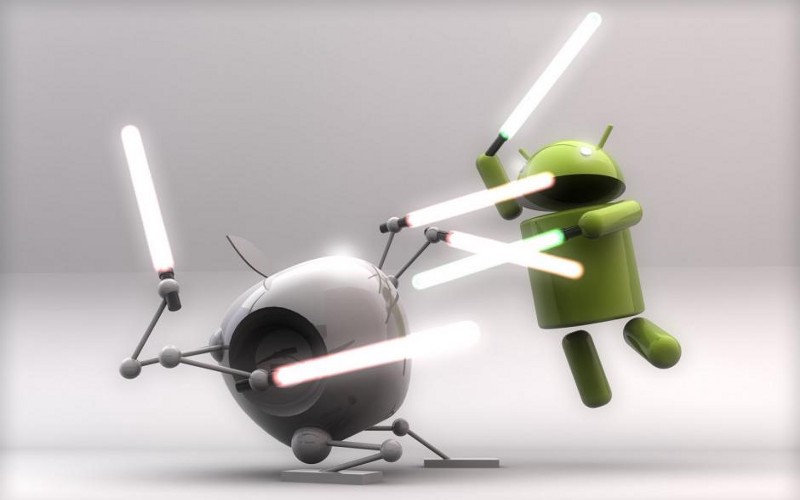 Finally after years of playing catch-up, Apple has finally brought many long-time lacking features to it’s iOS platform. For the first time in a long time, Apple was actually truthful in it’s claims of being “the biggest thing to happen to iPhone since the iPhone” or something like that. iOS 7 really was the biggest step forward in iOS since the introduction of the App Store in iOS 2. However, this doesn’t mean it’s necessarily “revolutionary” as Apple loves its consumer to believe. While iOS 7 is a huge step forward with it’s many long lacking features such as true multitasking, quick settings, and a usable notifications menu (all of which were copied from Android btw) along with the new interface (which I personally feel is childish and silly-looking, but that’s just my opinion), iOS still has a long way to go before it can catch up to Android’s many features. I’ll go over a few of these features that Android is still much better than iOS 7.

The biggest thing that iOS has been missing since the beginning is customizability, and perhaps the number one thing that users like to customize is their homescreens. However iOS still locks you into holding nothing more than apps and folders. Meanwhile android hold everything from apps to widgets to folders to shortcuts. With Android widgets, you can put important dynamic information front and center, including your social feeds, latest emails or favorite photo galleries. There are thousands of widgets available from Google Play, giving you a ton of flexibility that iOS 7 can’t match. This customizability allows you design how you want your homescreen looks to your own preferences regarding both design and usability. The seperation of homescreens and app drawers is one of Android’s greatest features.

I hate Safari. I hate Apple’s Map app. I hate the notes app. Sure there’s a chrome browser app and a Google maps app and Evernote app on iOS. But the problem is that they’re not default. Have a link, it has to open in Safari. Not Chrome. Have an address, it has to open in Apple Maps. However, on Android, You can set default apps. I can set Google Play Music to be my default music app instead of the Samsung One. I can set Evernote instead of S Note. This really prevents you from being restrained.

With iOS 7, you have to use Apple’s stock keyboard. In Android, on the other hand, allows you to replace its default keyboard with any of dozens of third-party alternatives. My personal favourite of those keyboards is SwiftKey, which learns from your typing patterns and then uses that knowledge to predict what word you’ll type next and offers it to you as a suggestion. It also has swipe functionality which superboosts your typing speed. There are a host of other great keyboards too like Swype and Minuum.

iOS 7 has made many improvements to it’s notification center but it still has nothing on Android. Android gives you the ability to view emails, respond to texts, see new pictures, etc, all straight from the pull down tray.

You can browse files on your Android phone just like you would on your computer. You can find and open files from the browser without having to open them through an app. When you connect your Android device to a PC, you can browse its file system as you would with any USB flash drive. When you plug an iPhone into your computer, you’ll only see the folder with the photos, and nothing more.

On iOS, Apple’s App Store is the monopoly. Yes, iPhone users can jailbreak their devices to install third-party apps, but that’s a somewhat risky process that voids your warranty. In contrast, Android has at least a dozen legitimate markets and the ability to download an APK file straight from the internet. If you want to write your own app in Android and send it to friends, all you need to do is email the install file. Also, you can use this for other more unethical purposes which we won’t discuss here.

Back when I used an iPad, I hated sharing it with my family. Now everyone can read my emails, messages, Facebook, etc. My sister would install hundreds of apps that would clutter my screens. It was extremely inconvenient. Now however, on Android tablets, you can have multiple users so that it’s basically a different tablet for each user.

Android has far less restrictions on what kinds of apps can be posted on the Google Play store. There are apps that let you download YouTube videos, video game emulator apps, apps that affect system wide stuff. It is a freedom-lover’s dream.

This is enough for now. There are many other reasons, but in my opinion, these are by far the most important. You can read the rest here. My favourite is the last one!