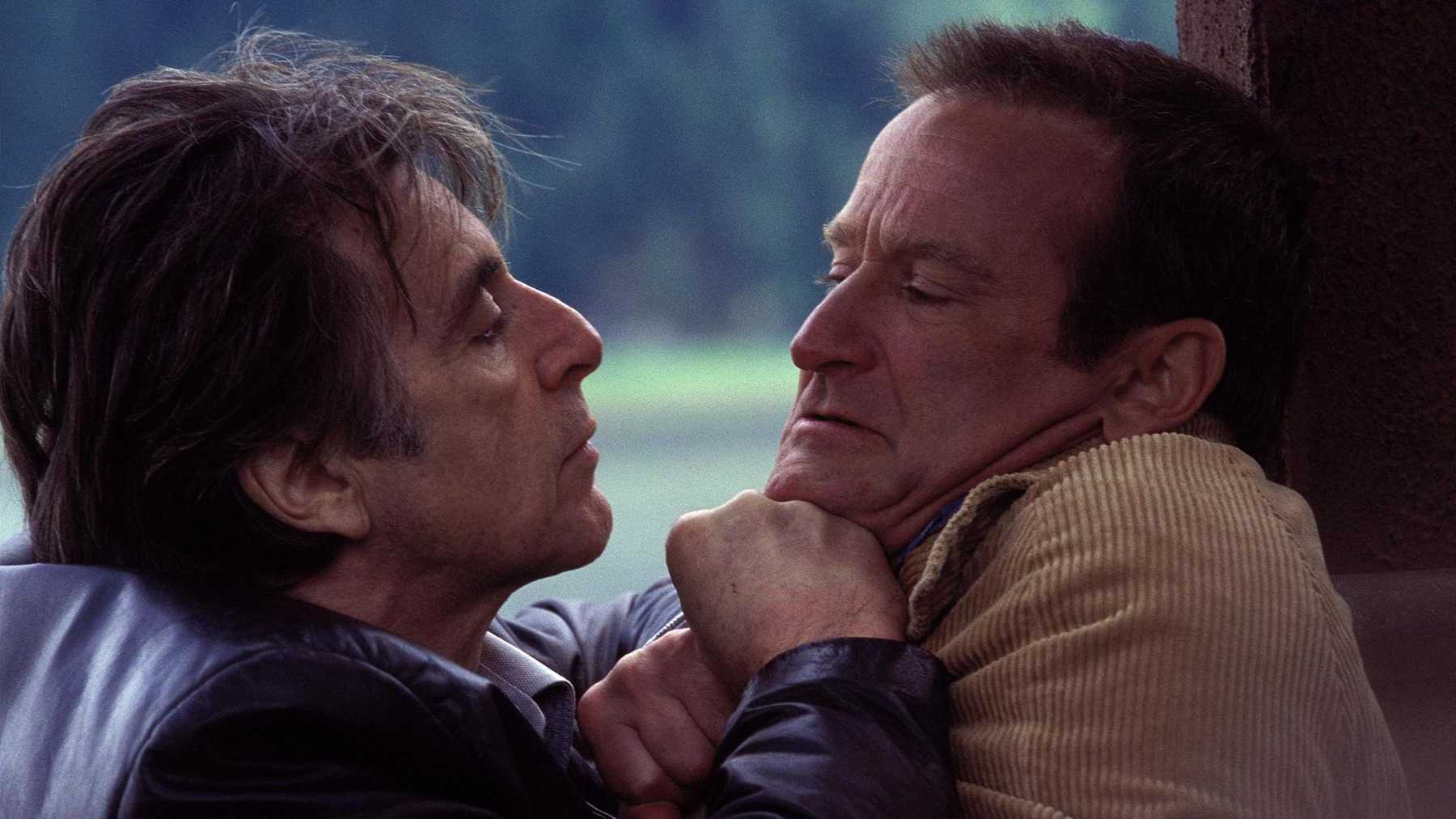 Insomnia is often considered the forgotten Nolan film. Besides, some minor revisions on the final script, Nolan had no part in the making of the story. In fact, Insomnia is Nolan’s only film in which he doesn’t have any writing credits whatsoever. Being the director, many elements of Nolan’s style do, of course, impact the cinematography of the film, especially his focus on objects and usage of cinematography to reflect characters’ mental states. However, what doesn’t feel “Nolan-esque” is the plot. Nolan’s films are well known for their plot twists, something that is noticeably missing. Nothing is really kept from the audience. The audience and the main character both learn the identity of the killer very early on in the movie. Expanding on this, Nolan films tend to have a focus on the nature of lies. Insomnia does have a focus on this, but once again, it doesn’t have the same feel to it that his other works do, largely because of the constant omniscience of the audience. Beyond twists, Nolan films also tend to end with a sense of uncertainty. Some part of the plot is not revealed to the audience, often regarding some aspect of the morality of the main character. However, in this film, interestingly, Nolan does the opposite. In the original Norwegian film, the “accidental nature” of the the main character’s shooting of his partner is left much more vague, largely how it is acted on in the fog scene. However, in Nolan’s remake, from the reaction of the character in that scene, it seems to be beyond reasonable doubt that the shooting was in fact an accident. Insomnia is definitely the most different of Nolan’s films, but it was a necessary stepping stone for his foray into big studio production. Without having to focus on plot, Nolan was able to focus his efforts into showing his prowess in film style and demonstrate his ability to work with a large budget and with A-level actors.

The Commission on Presidential Debates