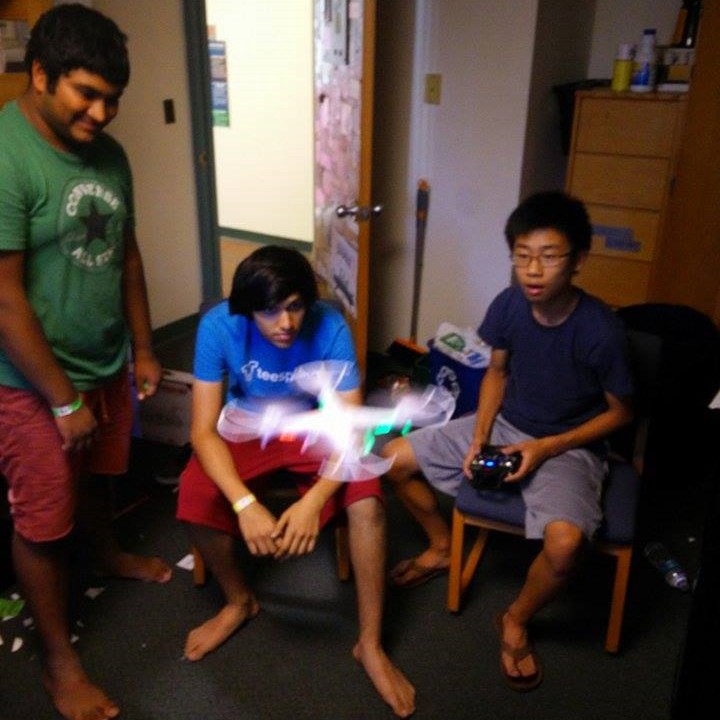 Meet Icarus. That’s the name of my drone. Why you ask? Well my roommates and I each won our own drone this past weekend at CalHacks (post about this coming soon!), and after playing around with it indoors (bad idea by the way) decided we should probably move outside so we don’t break our room apart. Once outside with my roommates and two other friends, we practiced flying and pulling of maneuvers. I, however, somehow got the bright idea to think, “Hey, I wonder how high this thing goes!” So Ismashed the up button and watch the quad copter drift up. However, suddenly it started to drift over Cafe 3 in the center of the courtyard. Not wanting to accidentally land there, I tried to bring it back, however, being new at this accidentally sent it flying in the wrong direction. All this time it kept rising as well, and then suddenly it started flashing. I had lost connection. I chased after it but I was too high, i couldn’t reconnect. I watched in horror as it crash landed (Somewhat luckily? I’m not sure if it would have broken if it fell from that height.) onto the 7th floor balcony of one of the Buildings in my unit. I tried to enter the building but the (somewhat rude) RA refused to let me in, besides the balconies were locked anyways. Now I’m in discussion with the main office of Unit 3 to see if I can access the balcony where my drone still rests; they’ll get back to me soon. But now despite the sorrow of losing my drone within 48 hours, I can’t help but laugh at how nearly identical this story is to that of Icarus. Literally flew too close to the sun. RIP Icarus (until I hopefully get you back!).