Addendum to my previous post: War on Different Scales

While the majority of the content between the two talks was the same, there was one particular section that was unique specifically to the ETC version. I talked about this quote from the previous post:

A war on the scale of 2 years is a war of economics.

A war on the scale of 20 years is a war of technology.

Check out that post for some more explanation and thoughts on this. But in the presentation I added the caveat:

A digital war on the scale of 2 months is war of economics.

A digital war on the scale of 2 years is a war of technology.

A digital war on the scale of 2 decades is a war of ideology.

After all, there’s a common joke in the crypto space that 1 blockchain year is like 10 normal years. 😁

So what does this have to do with Ethereum Classic? Well, we can see the “war” between Ethereum and Ethereum Classic as an ideological dispute. Without casting any personal judgement on the matter here, but if the Ethereum Classic folks believe their chain is the morally superior one, they cannot depend on that alone to grant them victory in the chain war.

ETC is clearly currently losing the war. And its because the short-game was won through economics. The Ethereum Foundation chose to back the DAOfork chain and had the funding and resources (and trademarks) to promote it and win that battle.

Now we’re well into Stage 2; this digital war has been going on for nearly 4 years now. The Ethereum Classic community should be focused all its energy on the technology. And Ethereum is currently kicking ETC’s butt on this front. The tooling is far superior, the protocol upgrades are more regular, and the roadmap is more clearly defined. Recently, the Ethereum Classic community has been getting better — caught up on opcodes with the Atlantis hardfork, better Metamask integration, etc. But most of this has just been playing catchup to Ethereum.

If the Ethereum Classic community wants to try to make a comeback in the mid-game, they need to actually innovate. Ethereum is charging ahead with Proof of Stake and sharding and so much more. In the talk I provide a potential proposal, for what in my opinion is a much more sane and reasonable approach to achieve PoS/sharding than Ethereum is taking. But ETC doesn’t have to have the same goals at Ethereum, but they need to have some technological goals! 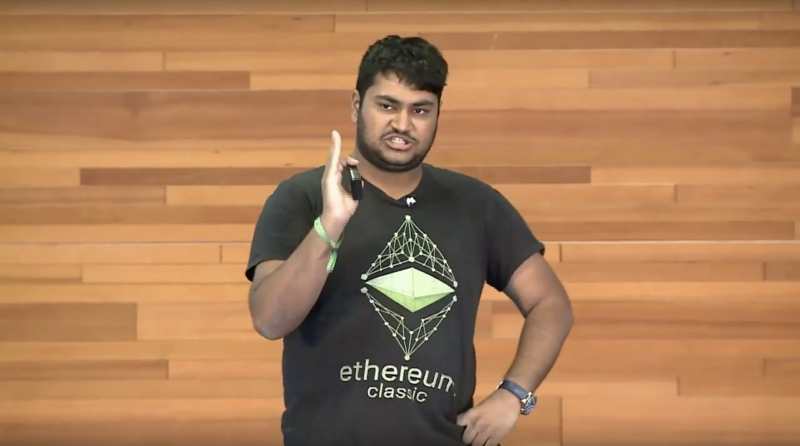