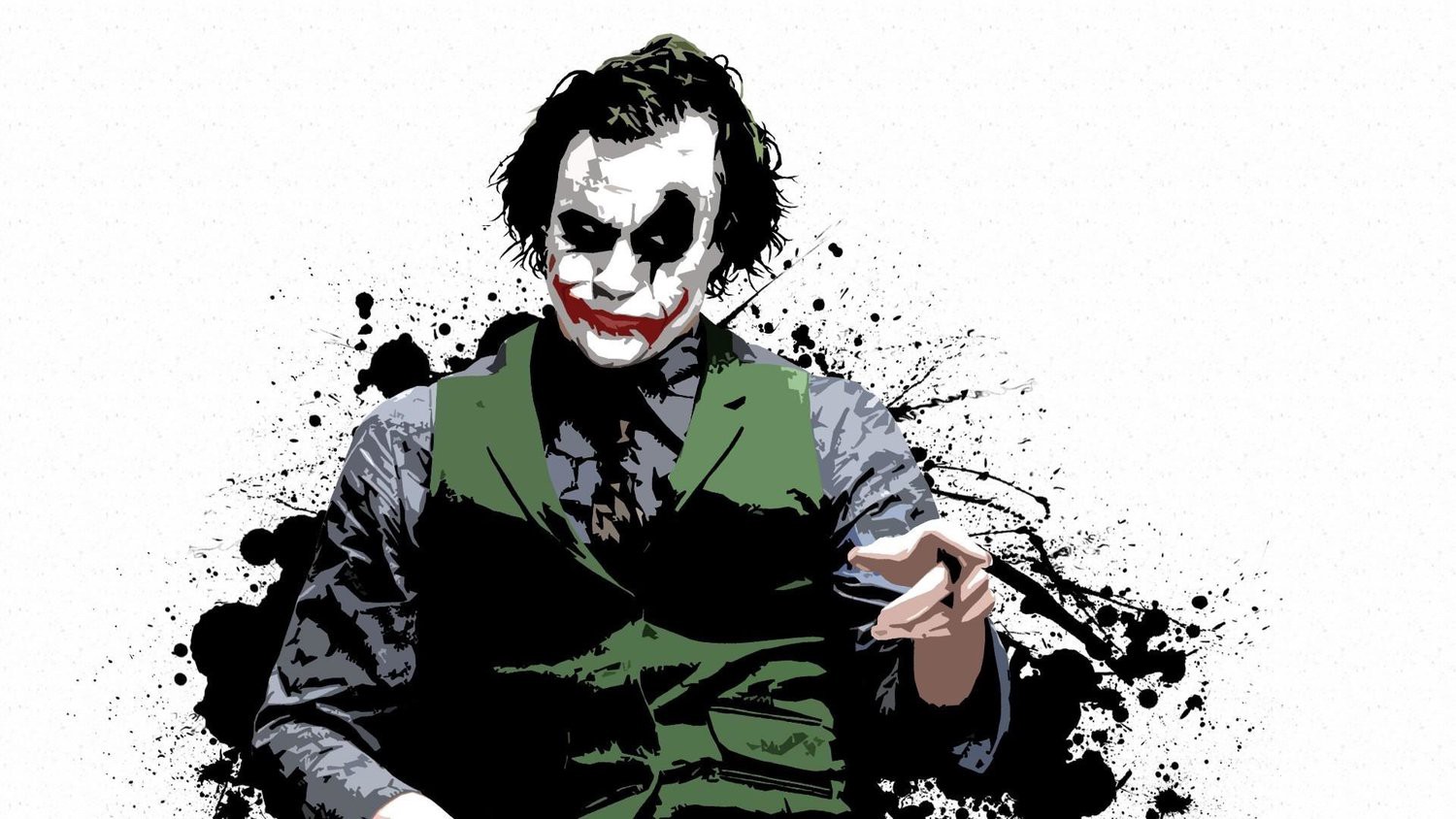 The Dark Knight remains not only my favorite Nolan movie, but my favorite movie of all time. Both Christian Bale’s Bruce Wayne and Aaron Eckhart’s Two-Face were absolutely amazing, however they wane in comparison to Heath Ledger’s brilliant portrayal of the Joker.

Even recently, Christian Bale admitted, “Heath turned up, and just kind of completely ruined all my plans because I went, ‘He’s so much more interesting than me and what I’m doing.’” The utter success of the Joker in this film is a combination of the writers’ genius in creating such a twisted maniac character and Heath Ledger’s ability to bring this character to life on the screen.

First, I will explore some of the writing choices that made The Dark Knight’s Joker so intriguing. Staying true to the comics which never reveal the Joker’s identity (until Justice League #50 at least), in the Dark Knight, the Joker never reveals his true origins, coming up with numerous false stories that he recounts to different characters throughout the film. However, despite this, he comes out as one of the most intriguing characters in film.

What make The Dark Knight’s Joker such a perfect villain is that he is so similar yet so diametrically opposed to Bruce Wayne/Batman. He is the only villain that truly understands Batman and how to defeat him. One of the key monologues of the Jokers is when he is in the hospital and tells Harvey Dent that he’s a man without a plan. This is the key to defeating the Batman. Batman is a genius that can outsmart his opponents. However, the Joker realizes, if you don’t have a plan, there’s nothing to outplan.

Also, his motives, villainous for sure, are pure. By not craving money, power, or anything tangible, he has no weak points. I think there are some very interesting parallels between the Joker in The Dark Knight and V from V for Vendetta. Like V, the Joker chooses to simply be the embodiment of an idea, chaos. To Dent, he says, “Introduce a little anarchy, you upset the established order and everything becomes chaos. I am agent of chaos.” The Joker’s goal is to show that this sense of justice that the Batman introduced to Gotham is absurd, and the Joker’s goal is simply to destroy this belief in the hearts of the people. We, the people of Gotham and the viewers alike, like to believe we are morally upright. But the Joker was right. Would we bat an eye when we hear that a group of soldiers was blown to smithereens?

What makes this villainy so successful is its realism. Unlike other Superhero movies, the fate of the world and all humanity isn’t at stake. Even in the other two films in the trilogy, if Batman fails, the entire city of Gotham is done for. Any for that reason, we as a viewer know that everything will be all right in the end. But what’s at stake in the climax of The Dark Knight? 2 ships full of people. Something could very well happen. Throughout the entire scene, you were worried about what was going to happen. But not only were you scared for the lives of the people on the boats (we’d already seen hospitals get blown up), we were worried for the soul of Gotham and in our entire hope for the nature of humanity. And that, I don’t think any other superhero movie has pulled off.

The Joker, being a brilliant mind, knows that the only way to beat the incorruptible Batman is to corrupt him. If he can show that even the Batman isn’t perfect, Gotham will realize that this perfect right and wrong is an illusion. So to break the Batman, he needed to get the Batman to break his only rule, “Do not kill.” And to do this, he made it necessary for him to be killed; the only way to beat him was to kill him. And thus you get his point about “when an unstoppable force meets an immovable object.” Because the Batman will not kill the Joker, the Joker loses but leaves him to fight another day. And thus, the Batman and the Joker engage in this never ending war for the soul of Gotham.

While the Joker is perfectly written, it would have been all for naught if Heath couldn’t deliver on the screen. But deliver he did. Ledger pulled off one of the most spectacular performances ever on film. Everything from his facial tics to his adlibbed scenes, adds to his realism. Despite Ledger’s amazing performance, his untimely death definitely did play a role in eternalizing and mythologizing this role. “He died for this role.” Many believe that it is this role, that drove him to depression. Unlike Jared Leto who used a technique called method acting to prepare for the Joker in Suicide Squad, Heath Ledger could transition between the psychotic Joker and the kind-hearted Heath Ledger, almost at will. Ledger’s makeup artist, John Caglione Jr, sad the following about Ledger, “He’d come in and give us big hugs in the morning, that’s one thing that always happened. He always was in good humor. Never lost it or anything like that. Never was mean to anyone.” Coglione even describes days where Ledger would be skateboarding around the studio in full makeup.

However, this of course is only how the public saw him. It is well known that Ledger kept something nicknamed the “Joker Diary” that helped him get mentally psyched up for filming. In this diary, he’d keep records of horrifying news stories such as school shootings in order to get him into the twisted mindset needed for the Joker. It is quite possible that while Ledger never let it show on the outside, the psychological damage of the role was hitting him on the inside. Perhaps his depression was caused by the role. Along with Nolan, we must remember Ledger as one of the true heroes of modern film. Nolan’s masterpiece Dark Knight simply wouldn’t have worked without him.

British Colonialism and Social Change in the Metropole

An Ancien ‘Military’ Régime: Nationalism in the French Revolutionary Army