Of Flying Helicarriers and the Depressing State of Technology

I was recently watching clips of movies on YouTube, as I often find myself doing, and ran across this one from Marvel’s The Avengers.

Director Nick Fury warns Captain America, who has been frozen in ice since WW2, that “the world has gotten even stranger than you already know” to which Cap replies “at this point, I doubt anything would surprise me”. Fury challenges him to a $10 bet that he’s wrong.

A couple scenes later in the film, we see the SHIELD “helicarrier” take off and activate its invisibility panels. Amazed at this spectacle, Cap subtly hands Fury a $10 bill. 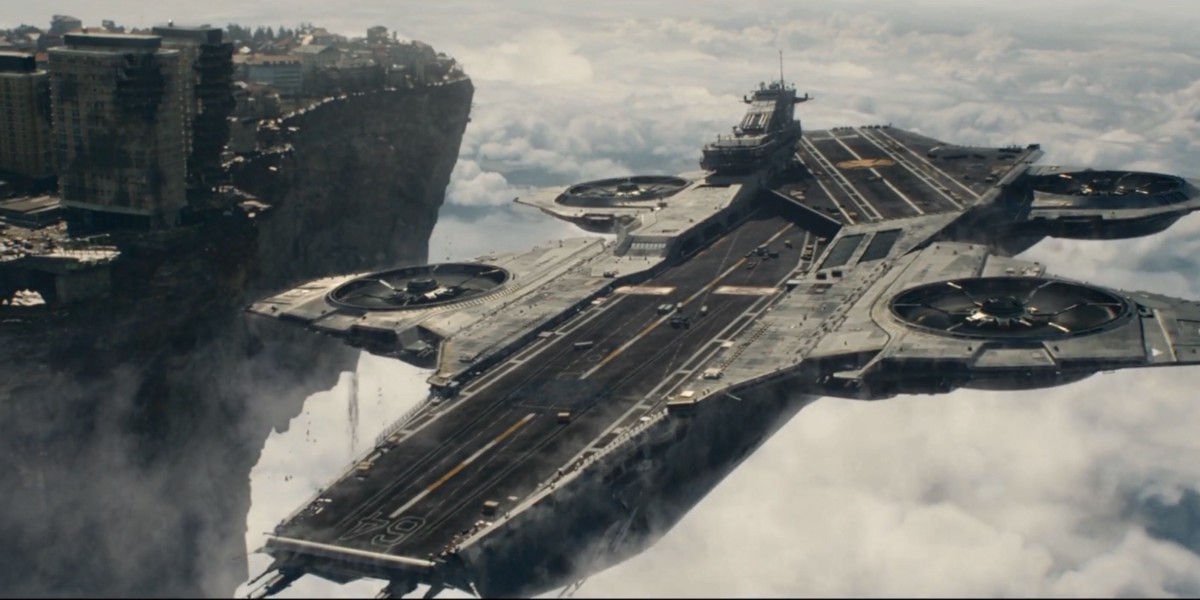 Watching this a second time, I couldn’t help but be reminded of this one Peter Thiel quote I really like (in fact it was one of my quotes of the month).

“We wanted flying cars, instead we got 140 characters.”

Essentially Peter Thiel is lamenting the lack of progress in “physical innovation”. While we’ve had great advances in the world of bits, there’s been little advancement in the world of Atoms, especially when compared to the expectation of 20th century “science-fiction’s” imagining of the 21st century. David Graeber expands upon this lamentation far more eloquently in this article, where he presents a theory that a shift from industrial capitalism to neoliberal capitalism is to be blame for the declining rate of technological innovation.

I present my own theory in a previous post, where I attribute the lack of “high risk physical innovation” to the lack of “economic states of exception”, and reject the notion that there has been no innovation, but rather it has just shifted to the primary battlefield of modern war, the cyberspace. You can read this here:

I found it kind of sad that what amazed Steve Rodgers about the “modern” world was a piece of science fiction: flying aircraft carriers and invisibility panels. I felt, to drive the point home, this was purposefully presented in context of an aircraft carrier. During WW2, aircraft carrier’s were perhaps one of the most technologically marvelous creations the world had seen, literally entire floating cities and airports. However, since WW2, they’ve seen little (visible) advancement, and the only way to impress Cap about them was to use science fiction rather than show off any real innovation they’ve seen in the last 70 years.

Now, it’s completely possible that the weirdness Nick Fury referred to just meant in context of the magic and Norse gods in the Marvel universe (but then why was the resolution of the bet about technology?) and it was just meant to get a quick audience laugh. Maybe I’m just reading too much into it. Or maybe its possible Joss Whedon was sneaking in a subtle commentary on technopessimism? Idk.

The Memecoin Thesis or: How I Learned to Stop Worrying and Love Litecoin