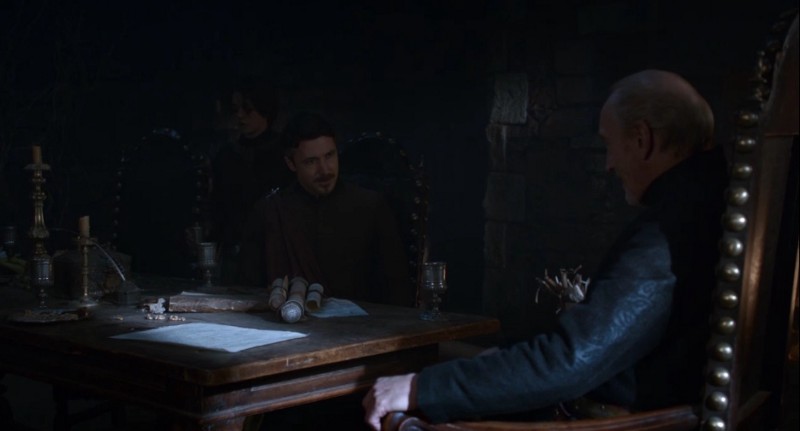 Littlefinger. Perhaps the most hated character in all of Game of Thrones (ASOIAF). After all, he was pretty much responsible for the downfall of everyone’s favorite family, the Starks, right? And while that is undeniably true, one thing people seem to overlook is how much he screwed over the Lannisters. And I’m not talking about in Season 5, where he is positioning the Lannisters against the Boltons. I’m talking about how he messed up Tywin’s master plan. First of all, we have to look at what Tywin’s master plan even was.

Tywin was obsessed with family legacy (Was he really, though? Well that’s a story for another time.). He recognized he was growing in years, and he needed to leave behind something for the Lannister legacy. The gold mines of the Westerlands were running dry, and Tywin needed to use what time he had left to turn his economic superiority into political power while he still had a chance. And so, he hatched an intricate set of marriages that would place the Lannisters in a seat of power of nearly every region of Westeros.

So how did Littlefinger screw them over? After getting what he needed (the Riverlands and the Vale) he had no more use for the Lannisters and had no reason to continue serving them. So with one simple maneuver, he destroyed Tywin’s plan. By killing Joeffrey.

Essentially, the entire plan goes to shit. And this is all not even including Tywin’s eventual death from all of this. Whether you think he is a genius mastermind or he’s simply “winging it”, you can ‘t disagree that Littlefinger clearly came out on top of all of this. He used Tywin to get what he needs, and then kills Joeffrey setting up the downfall of the Lannisters. And with all that, he comes out of it with the key to the North, Sansa Stark, in his pocket. Well played, Littlefinger. Well played.

5 Things to Think About when Choosing a College