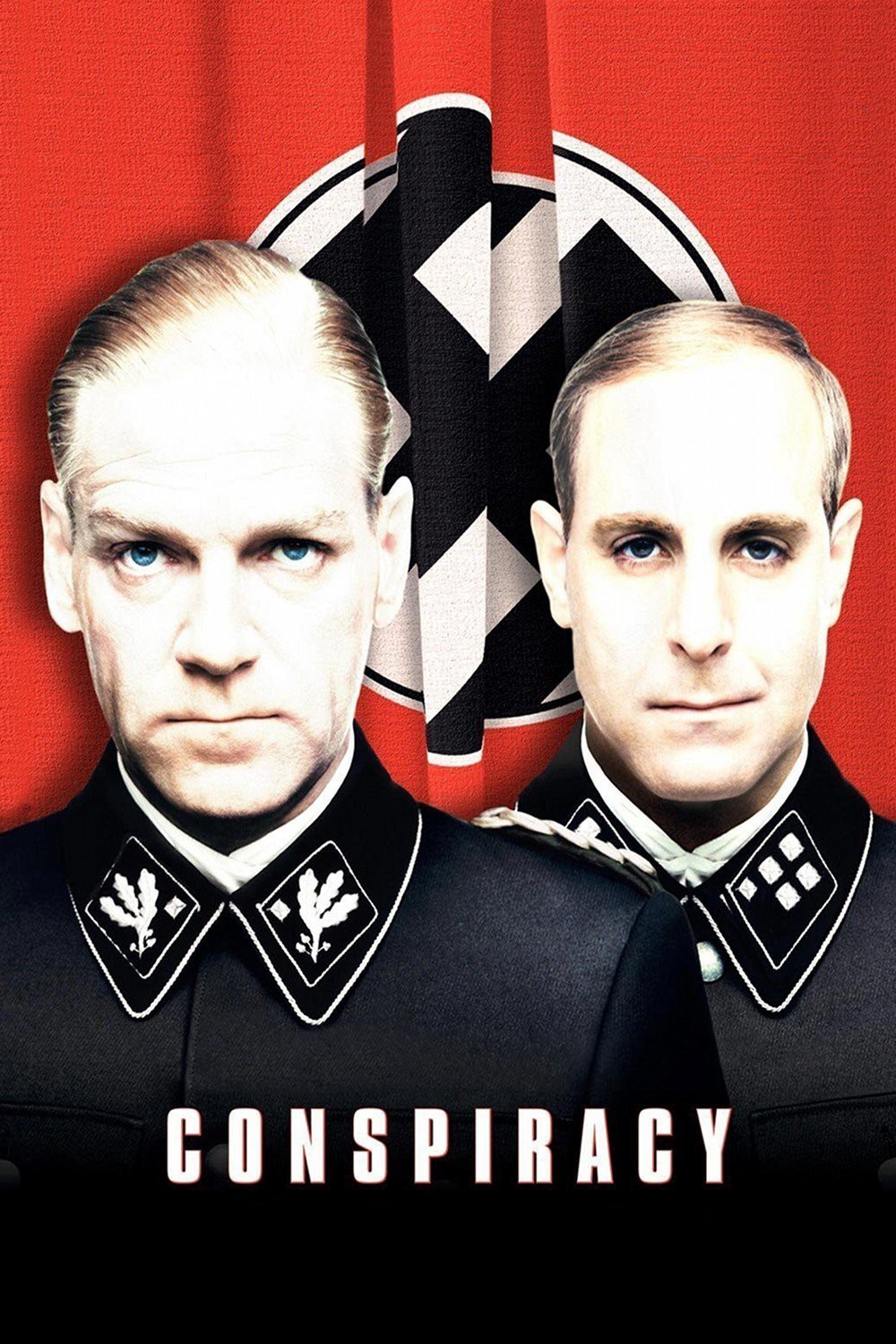 The most interesting thing that I noticed while watching this movie was that the Nazi officials were not the “monsters” that are often projected in Western media and propaganda, but rather they were, for the most part, well-educated (many of them lawyers), well-mannered, cultured, “civilized”. It seems astonishing to us today that their murderous actions could originate from such “refined people” and a high-level culture. However, it is important to remember that the Holocaust was indeed cold-blooded evil, but calculated, cold-blooded evil. The Holocaust was a huge undertaking, of such a massive scale that “it would astonish Charles Darwin,” and thus needs people with the ability to run such a massive operation.

If it were not for the warning that my history teacher, Mr. Evans, gave me at the beginning of the movie, that all the men at the meeting were evil, some more evil than others, I feel I would have been tricked into falling under the misguided impression that some of the characters like Kritzinger and Stuckart were if not good, then at least decent men. But due to the warning, I was able to pay closer attention to their actions, and realized that they too were evil. Stuckart at one point says, “Yes purge the Jews, but to annihilate them?” One of the most interesting things about Stuckart as a character is trying to pinpoint his motivation. Is he truly “more understanding of the Jew” from his experience as he claims or is he simply acting out of pride authorship and disguising it as protecting Jews from evacuation. At one point, he nearly says “my laws” but catches himself and says “Nuremberg Laws.” Stuckart’s “Species but Not Race” speech was one of the most interesting points of the entire movie I feel, because it really gave insight into how the Nazi officials saw (and were split over their perceptions of) the Jewish people.

In that speech, he mentions the Jews’ rejection of Jesus Christ as one of the faults of their race. However, later on in the movie, Heydrich says that neither the Catholics nor the Lutherans would object to the “evacuation” of the Jews. This made me wonder about the presence of religion in Nazi Germany. So after an internet search, I found that about 55% of Germans were protestant, 40% were Catholic, and 5% were either Atheist or non-denominational (but still believing in a higher power). However, what I found most interesting about this is that the 5% Atheist or non-denominational were significantly overrepresented in the Nazi Party and government officials compared to their population in Germany. This disturbs me greatly, as it gives a bad name to atheists. Examples like this and that Communism supported abolishment of religion are often examples people use to claim that atheism is inherently evil and that without religion, people do not have a sense of morality. However, this argument is completely fallacious as religion (or lack of it) is not the driving force behind all evil, it is, as in the Nazi situation, often power, wealth, and hatred. There are many evil dictators who did support religion who committed similar atrocities: Assad, Mussolini, Hasina, etc. On a side note, I found it interesting that apparently, some Nazis even supported “Nazifying” Christianity into something called Positive Christianity in which they renounce Christianity’s Jewish origins such as the Old Testament and hold Hitler as the new Messiah.

I took a look at the 1984 German movie Die Wannseekonferenz that Conspiracy is based on and watched a couple minutes of it just to get sense of it. The most shocking disparity I noticed, which was probably more accurate in the earlier movie was the in the seating arrangement of the table, Heidrich sat in the middle of one side of the table and was surrounded on both sides by his SS “cronies” while the lawyers, government officials, and bureaucrats sat on the opposite side of the table. This seating arrangement, I feel better pictured the duality and split between the people at the meeting. It really showed that the SS was in charge and the reality that the meeting was not for the SS to discuss with the administrative officials about how to deal with the “Jewish Problem” but rather for the SS to inform the administrative officials of the killing plans, and to demand their support.

The movie was truly eye-opening to me as it displayed the true nature of the Nazi Administration. If there is one thing I had to take from this movie, it is that the argument many make: “That the Nazis were simply following orders” is false, at least for many of the higher up Nazi officials. While it may not be true for Nazi soldiers, the Nazi high-levels were not being forced (with exceptions like Kritzinger who just needed a little push) to commit terrible deeds, they were fully aware and knowledgeable about what they were doing and supported their actions. The “simply following orders” argument is a fallacious one that simply does not reflect the reality of the situation.

What makes us human?