So I don’t remember where I originally saw this, and can’t for the life of me refind it (if anyone knows the source, please let me know!), but a few months ago I saw the following set of statements:

Essentially it is claiming that most wars on the timescale of a few years, usually come down to economics — who has the most resources, who can most effectively mobilize their society to utilize those resources, who can win in a war of attrition. When wars last on the timescale of decades, they’re decided by technology. I’ve written in the past about why technological advancement flourishes during wartime. A war lasting decades allows both sides time to pursue rapid technological development, thus triggering both a metaphorical and literal arms race to innovate superior technology, which will allow them to win the war. Only when wars reach the scale of centuries (or rather, at least a reasonably long enough time horizon), does superiority of ideology impact the outcomes.

Now, I don’t know if these exact time scales are historically accurate, and I think every war involves all of the factors, but perhaps different importance weights for each.

Aside: It’s also worth noting, we’ve completely abstracted away the many other factors like luck and of course, strategy. But it seems historically, these are only the major factors on the shortest-term skirmishes. By the time conflicts escalate to large-scale wars, usually the above three factors dominate.But the real insight from all of this is that most wars, especially short-term wars, don’t validate the victor’s ideology from a cultural evolutionary standpoint; they don’t say anything about the superiority of either side’s ideology. Slavery didn’t end in the United States because we had a well-reasoned debate about its morality. It ended because the Union won the Civil War. And it won it because of its economic superiority. It had more industrial capabilities and resources.

Similarly, Fascism didn’t end in 1945 because it lost an ideological war. Germany lost because it was unable to best the combined economic might of the Allies, especially the industrial and agricultural output the United States could muster and the human resources the Soviet Union was willing to “expend” (technological innovation through atomic energy did also play a role in speeding the end of the war in the Pacific). And this should be a bit unnerving. Because it means, unlike Soviet-style communism, Nazi-style fascism was never defeated; only Nazi Germany was.

Maybe this is a controversial statement, but I believe that the current Chinese government is an authoritarian semi-fascist regime. Fascism was originally presented as a third option, a middle ground between capitalism and communism, quite similar to the CCP’s current ideology, having shed its communist namesake a long time ago in favor of a heavily state-controlled corporatist economy. A one-party state with high levels of surveillance and suppression of opposition. Strong nationalist tendencies with subjugation against minorities including even concentration camps.

The US and China are already in a collision course in a clash of civilizations, what remains to be seen is if they will fall into the Thucydides Trap (direct war) or if will remain a frigid second Cold War. But one thing is clear, the People’s Republic of China is not the same entity as the** **German Third Reich. It is more evenly matched to the US in economic terms than Germany ever was. Its technological capabilities are growing rapidly, both commercially and militarily. And its ideology… well we don’t know. As mentioned, the one experiment pitting liberalism vs fascism in the past, ended with… well, inconclusive results. Only time will tell. Question is which time scale we want to compete on. 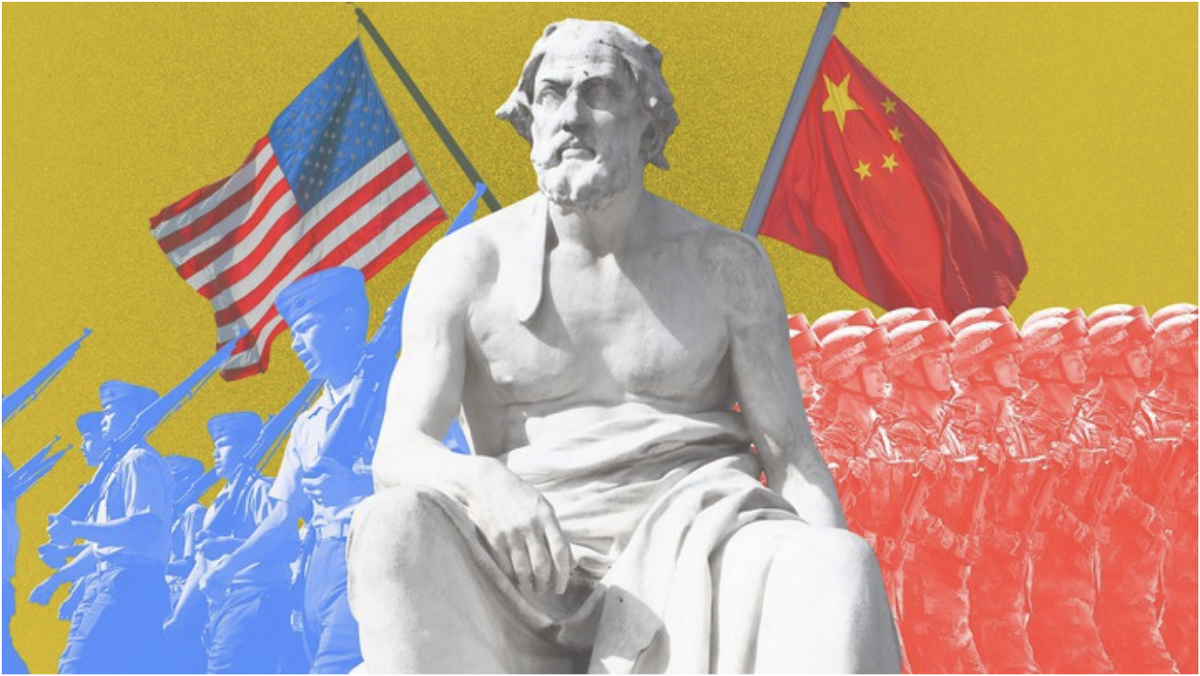 Esmeralda of the Wolves